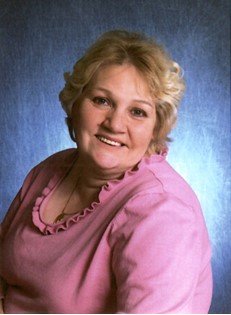 Guestbook 2
Memorial services for Vicki Martin of Riverton will be at 2 p.m. Tuesday, June 23, at the Davis Funeral Home of Riverton.

Ruby Victoria Layton was born in Morton, Wash., on Aug. 27, 1949, the daughter of Allen and Nina (McKinney) Layton. She grew up in Tacoma, Wash., and was graduated from Mt. Tahoma High School and attended Pierce County Community College and later took correctional officers' training in Des Moines, Wash.

In October of 1977, she married Gilbert Martin in Orting, Wash. They later divorced.

She worked as a cook in food service for the Tacoma school district. She was a machine operator and manager for Post Trucking and worked for Brown and Hailey in the Almond Roca chocolate factory in Tacoma.

She came to Riverton 12 years ago.

She was preceded in death by her parents; a brother, Eddie Goddard; a son, Jason Walsh, and sister, Evelyn Harshbarger.