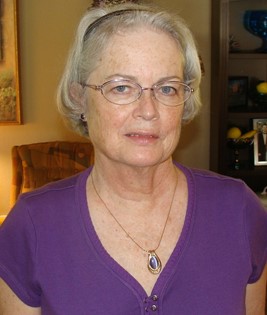 Guestbook 4
Funeral services for Georgia A. Soumas of Riverton and Goodyear, Ariz., will be at 3 p.m. Wednesday, June 24, at the Davis Funeral Home of Riverton with the Rev. Linda Wilson of St. James Episcopal Church officiating. Burial will be at Mountain View Cemetery in Riverton.

There will be a viewing from 5 to 7 p.m. Tuesday at the funeral home.

Georgia Anne Wagner was born on Oct. 31, 1941, in Riverton, the daughter of Edward and Lois Jean (Annan) Wagner. She grew up on the family farm in the Lost Wells Butte area north of Riverton, graduated from the Shoshoni public schools and then went to business school in Denver.

Mrs. Soumas was a retired office manager for Tom Youtz Ford and, with her husband, was owner and operator of the 4W Inn Motel and Restaurant in Riverton.

She volunteered as office help and assisted in the St. Peter's Thrift Shop in Litchfield, Ariz.

Her family said Mrs. Soumas felt her first job was as a mother. They said she also loved sewing and quilting, reading books and solving Sudoku puzzles, and enjoyed gardening and tending to her flowers.

She was preceded in death by her father, Ed Wagner, and grandparents, George and Minnie Wagner and Bryan and Grace Annan. Memorials may be made to Hospice of the Valley, 1510 East Flower Street, Phoenix, AZ 85014 or St. Peter's Episcopal Church, 400 South Old Litchfield Road, Litchfield Park, AZ 85340.