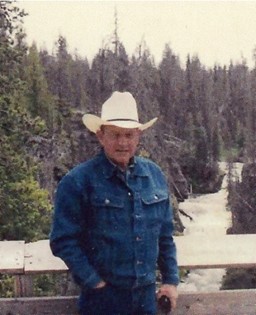 Gary Allen Miller was born on March 18, 1942 in Wheatland, Wyoming to Edward Allen and Viola Matilda (Vogt) Miller.  He grew up in the Chugwater area and graduated high school and earned an Associate’s Degree.

Gary served in the U.S. Army for eight plus years and served in Germany and Vietnam earning a Purple Heart.  He was Honorably discharged as a SSG in 1968.

He met his wife, Brenda Lee Farley while he as driving a shuttle bus for the University of Utah.  On June 19, 2003 they were married at Fremont Lake outside of Pinedale, WY.  They were married for 19 years and raised a combined family of eight children.

Gary lived in Wyoming, Colorado and Utah before coming back to Wyoming to make it his forever home.

Gary was a Colorado Deputy Sheriff in Loveland, CO, an Air Traffic Controller in Denver, CO; and at the University of Utah, he worked in security and helped with the shuttle service.

Gary’s biggest hobby was hunting and he enjoyed every trip, he also liked to go fishing when he had his boat.

He was preceded in death by his parents, Edward and Viola Miller and daughter, Lucki Miller.