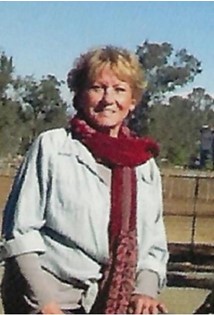 Jan Harrison, 85, passed away at the Help for Health Hospice Home in Riverton, WY on Saturday, October 29, 2022. Per her request there will be no services.

Jan was born on the kitchen table in the hills of Kentucky on February 10, 1937 to Robert and Louise Perry.  In 1954 the whole family loaded up, including her grandma and a dog with everything they owned and headed to Blythe, CA in August.  After a year in Blythe her parents bought an A&W Root Beer Stand in Perris, CA.

In 1955 she married Johnny Harrison, the owner of the Feed Store down the street.  She moved to the Harrison Ranch and lived there for 63 years.  She transformed the old Ranch House that had been occupied by bachelors for over 20 years into a beautiful and clean home. They had two children, Tami Harrison Campbell and John R. “Dick” Harrison.

She entertained for decades at their beach house in Oceanside.  The times spent on the beach were favorite memories of family and friends.  After Johnny passed in 2007 and Dick in 2015, the decision was made to sell the ranch in 2020 and move to Wyoming in a home built for her on Tami and Jerry’s place in Shoshoni.