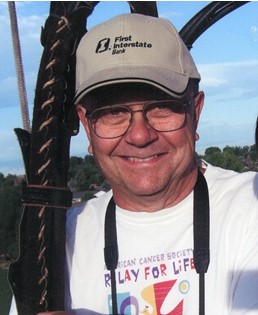 Gary Carlson, 72, of Riverton passed away at his home on Saturday, November 12, 2022. Per his wishes, cremation has taken place and no services will be held.

Gary served in the U.S. Army during the Vietnam War and was stationed in Germany. He was honorably discharged on March 1, 1976.

On July 7, 1975 he married Barbara Jo Gustafson in Aledo, Illinois, they celebrated 47 years together this last July.  Shortly after their marriage, he and Barbara moved to Wyoming living in Cheyenne while Gary attended Laramie County Community College (LCCC), earning his received his Associates Degree. The couple welcomed a daughter, Lucinda “Luci” in 1983.  They lived in Montana for a few years before returning to Wyoming in 1998 making it their forever home.

Gary worked many jobs throughout the years including a letter carrier, welding purchasing agent, Radio Shack manager, motor route newspaper delivery for the Gazette as well as a truck driver.

Gary loved beautiful Wyoming and was happy to have lived over 30 years in the beauty.  He enjoyed writing computer programs, playing computer games, watching Formula 1 racing, riding his motorcycle, fishing, sailing, hiking, gardening, and was a lifelong Chicago Cubs fan.  Gary still held a Ham Radio License, and enjoyed his talks near and far.

He is survived by his wife, Barbara Carlson; daughter Lucinda “Luci” Ritter and husband, Nate; grandchildren, Ashlyn Bookless and Tanner Bookless; and his cats, Bell and Callee.

He was preceded in death by his parents, Lloyd and Dorothy Carlson.