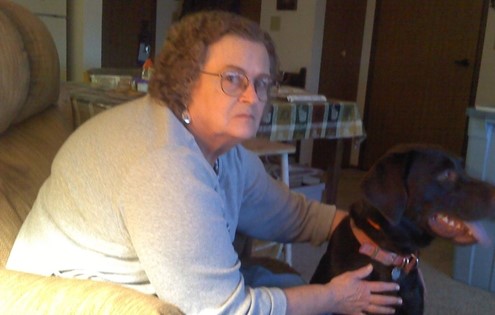 Vera Becker 80, of Riverton, WY passed away at the Help for Health Hospice Home in Riverton.  Cremation has taken place and a private family service will be held.

Vera Louise Kroeker was born on November 13, 1941 in Wasco, CA to David and Fern E. Kroeker.  She attended schools in Wasco graduated from Wasco High with the class of 1959.  She then attended Bakersfield Community College in Bakersfield, CA from 1961-1962.

She was a homemaker in Bakersfield until 1998 when she moved to Riverton, WY. In 2017 she became a resident at Morning Star Care Center at Fort Washakie, WY.

Vera was always helping with bake sales for fundraisers, 4-H, very active in her church with many different functions including, setting up weddings, socials, birthdays, etc. She enjoyed helping and being involved.

When she wasn’t helping outside of the home, she was doing needlepoint, crafting, puzzles, flora displays, baking, listening to old western music and watching old western movies.

She was preceded in death by her parents, David and Fern Kroeker; and her brother, Arnold Kroeker.