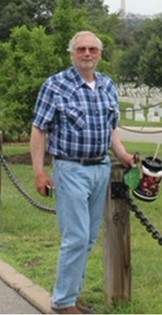 Funeral services for Gary Dean Dickman, 75, will be held at 10:00 a.m., Saturday, November 26, 2022 at Davis Funeral Home.  Military graveside services will follow at Mountain View Cemetery.  A Viewing will be held one hour prior to the funeral service.

Mr. Dickman passed away on Sunday, November 20, 2022 at his home in Riverton, Wyoming.

In 1965, Gary graduated from Morton High School.  He then attended Mechanic School in Denver, CO for two years before he was drafted during the Vietnam War.  He served in the United States Air Force as a mechanic stationed in Korea for four years. He was a member of the local V.F.W.

September of 1981, Gary married the love of his life, Ruth E. McCoy in Riverton, Wyoming.

Mr. Dickman spent his entire career working as a mechanic in Fremont County, retiring around 2015.

Gary enjoyed stock car racing as well as snowmobiling racing.  He was a past member of the Stock Car Association and served 4 years as the Vice President for the Winter Carnival.  Mr. Dickman was the founder of the Riverton Ice Hockey Association and was instrumental in the construction of the present Ice Hockey building.  He and his family spent the summer of 1994 working on building the rink. He was also a hockey coach while his son was in the sport. He enjoyed farming in his spare time.

He was preceded in death by his parents, George and Isabelle Dickman; brother, Jack Dickman; and sister, Verna Larsen.

Memorials may be made to Riverton Recreation in care of Davis Funeral Home, 2203 West Main Street, Riverton, WY 82501.

Services are under the direction of Davis Funeral Home, Crematory, and Monuments.