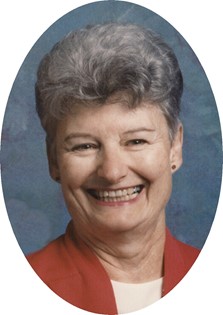 Guestbook 7
A celebration of life for Shirley J. Powell, 79, will be conducted at 10 a.m. on Thur., July 9, 2009, at the First Baptist Church of Riverton, WY, with the Rev. Rex Whitman officiating. Cremation has taken place.

She died July 6, 2009, at Riverton Memorial Hospital following a lengthy illness. She was surrounded by her family.

Shirley was born in Cody, WY, on April 18, 1930, the daughter of Verle “Bert” Tourtellotte and Alice (Young) Tourtellotte. She graduated from Riverton High School with the class of 1949. On July 1, 1949, she married the love of her life, Charles “Chuck” Powell. He preceded her in death on April 6, 2006.

Together they owned and operated Bert’s Dry Cleaners and Powell’s Bootery. Shirley also worked at Lucky Mc Mine and as a financial consultant.

She enjoyed many of the outdoor activities of Wyoming, including hunting, fishing and camping. She was a devoted wife, mother and grandmother who loved spending time with her family. Shirley was a role model for her family and friends through her constant example of unconditional love. She regularly attended First Baptist Church of Riverton.

She was preceded in death by her parents, grandparents, nephew Tom Otis and her devoted husband of 57 years.

In lieu of flowers, the family requests that donations be made to Hospice of Riverton through Davis Funeral Home, 2203 West Main, Riverton, WY 82501.