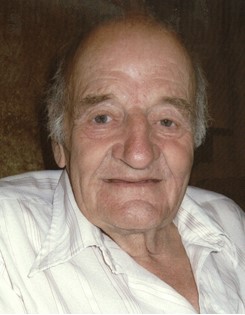 James Woodrow Overton was born on April 23, 1924, in Norma, N.D., the son of John Thomas Overton and Johanna Marie (Landrock) Overton. He attended school and was graduated from high school in Kenmare, N.D.

Coming to Wyoming, Mr. Overton lived in Kaycee for 15 years and had lived in Riverton since 1968.

He married Patricia Mae Edison in Buffalo in June of 1954. They later divorced.

Mr. Overton worked for Hewitt Youtz at Riverton Equipment and later was self-employed as a mechanic.

His family said Mr. Overton enjoyed writing poetry, and had been published by the National Library of Poetry, traveling to Washington, D.C. for the occasion.

He was preceded in death by his brothers, Earl Overton, Charles Overton, Paul Overton and twin brother John; his parents, John and Johanna Overton, and brother-in-law, Eldor Nelson.