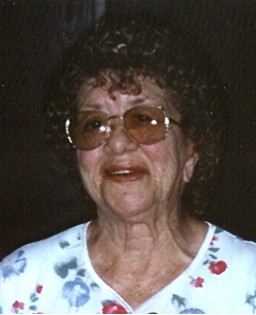 Guestbook 2
Graveside services for Shirley J. Nantt of Riverton will be at 10 a.m. on Saturday, July 25, at Mountain View Cemetery in Riverton. Pastor David Magruder will officiate.

There will be a viewing from 5 to 7 p.m. Friday, July 24, at the Davis Funeral Home of Riverton.

Shirley Jean Scovel was born in Freeport, Ill., on July 16, 1930, the daughter of Harold Robert Scovel and Alice (Fulton) Scovel. She had lived her life in the Wyoming area, most recently in Riverton

She married Ray Nantt on Sept. 26, 1969, in Thermopolis and was a homemaker. In her younger years, she was a Certified Nursing Assistant.

Mrs. Nantt was of the Christian faith.

She was preceded in death by her husband, Ray Nantt; daughter, Boni Miller; mother and father, and brother, Wayne.

Memorials may be made to the Riverton Animal Shelter in care of the Davis Funeral Home, 2203 West Main, Riverton, WY 82501.