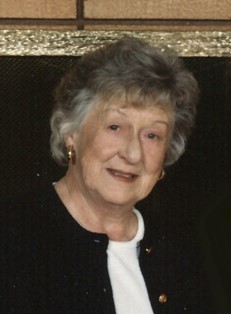 According to her wishes, cremation has taken place and no formal services will be held. Private family services and burial of cremated remains will take place at Mountain View Cemetery at a later date.

Her mother worked for Western Union, and they lived in many western states before moving to Riverton in 1937. She was graduated from Riverton High School in 1942 and spent the next year attending the University of Wyoming.

On April 18, 1943 she married Gerald Edwin Gilpatrick in Glendale, Calif., where he was stationed with the U.S. Navy. The couple moved back to Riverton following World War II.

Mrs. Gilpatrick was a homemaker. She was a member of P.E.O. Chapter AZ, Compassionate Friends, and a past member of the Eastern Star.

The family said she loved doing crossword puzzles. She also enjoyed music and played the violin and piano.

She was preceded in death by her husband Gerald Edwin Gilpatrick on May 23, 1973; daughter Cherie Gilpatrick Johnson; her mother Grace Lawler; and brother-in-law M.J. “Dick” Gilpatrick, Jr.

Memorial donations may be made for the staff at Wind River Health Care, made payable to the Doris Gilpatrick Memorial, in care of Davis Funeral Home, 2203 W. Main, Riverton, WY 82501.