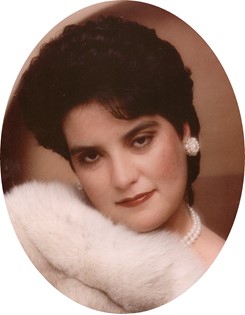 Guestbook 14
Gina M. Althoff died on Tuesday, August 25, 2009, at the Wyoming Medical Center in Casper, after a lengthy illness. She was 40.

A Mass of the Christian Burial will be at 10 a.m. Friday, Aug. 28, at St. Margaret's Catholic Church in Riverton, conducted by the Rev. Father David Gau. Interment will follow at Mountain View Cemetery in Riverton.

A rosary will be at 7 p.m. on Thursday, Aug. 27, at the Davis Funeral Home of Riverton.

Gina Marie Meekins was born on April 14, 1969, at Brooke Army Medical Center in San Antonio, Texas, the daughter of Harry and Josephine Meekins.

Her family said Mrs. Althoff enjoyed hunting and was adept in the culinary arts. They said she also enjoyed her family and friends, and praying the rosary.

She was a member of the Catholic faith.

She was preceded in death by her sister, Samantha Lea; grandparents, Harry and Lucy Meekins; grandfather, Eulalio "Eddie" Martinez.

Memorials in her name may be made to: The National Autism Association, 1330 West Schatz Lane, Nixa, MO 65714.