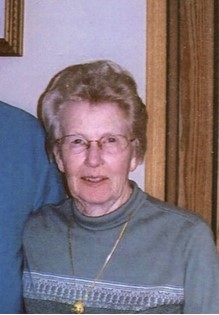 Guestbook 3
Funeral services for Jean E. Rockney of Riverton will be at 10 a.m. on Monday, Aug. 31, at the Davis Funeral Home of Riverton. The Rev. Dale Adams will officiate and interment will be at Mountain View Cemetery in Riverton. There will be a viewing from 5 to 7 p.m. on Sunday, Aug. 30, at the funeral home. Mrs. Rockney died at Riverton Memorial Hospital on Wednesday, Aug. 26, 2009, at the age of 71. Jean E. Auty was born in Minneapolis, Minn., on Sept. 19, 1937, the daughter of Harold Thomas Auty and Avo Fern (Heinz) Auty. She was graduated from Pavillion High School with the Class of 1955. She married Harold Rockney on April 11, 1958, in Riverton. They spent their early married life in Kirkland, Wash., and at Fort Bliss in El Paso, Texas. She was of the Christian faith. Mrs. Rockney was a homemaker and floral designer. She had worked for the First National Bank in Riverton, for several years at Ben Franklin Five and Dime store, for 25 years at Edith's Floral, and finally worked part-time at Jerry's Flowers 'n Things. Her family said she enjoyed taking care of family and friends, gardening, quilting, cooking and baking, crafts, and flowers. Survivors include her husband, Harold Rockney; brothers, Alan Auty and his wife Karen, Jack O'Neil and his wife Ami, and Danny O'Neil and his wife Priscilla; a sister, Millie Taylor and her husband Alan. She was preceded in death by her father, Harold Auty; mother, Avo O'Neil; step-father, Carl O'Neil; mother-in-law, Faye Rockney; father-in-aw, Elmer Rockney; sisters-in-law, Coralie Peterson and Elnah Shofstall; brothers-in-law, Clifford Rockney, Bill Marr, and Verlin Shofstall. Memorials may be made to the Help for Health Bus, in care of the Davis Funeral Home, 2203 West Main, Riverton, WY 82501. On-line obituaries are available and condolences for the family may be made at thedavisfuneralhome.com Arrangements are under the direction of the Davis Funeral Home of Riverton.