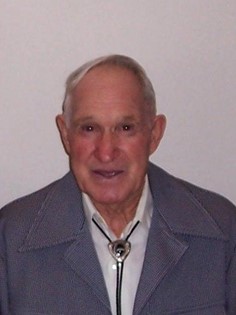 He came to Riverton from Nebraska in 1934. He married Betty on Dec. 3, 1941, in Billings, Mont. Gene enjoyed varied employment from farm work, to running a Bar / Cafe in Powder River, WY to the construction trades.

His family said Mr. Sauers enjoyed gardening, wood-working, and mechanical repairs. Gene lived in Riverton until a few years ago. For his 90th birthday, he enjoyed a card-shower from his friends and family.

He is survived by his daughter, Garrine Sydow and husband Patrick of Sparks, Nevada; Grandson, Eric Sydow and wife Tamson of Aurora, Colorado, their children, Hannah, Sammy, Rebekah, and Josh; Granddaughter Leslie Bradshaw and husband Matthew of Wilmington, North Carolina, and their daughter Elizabeth.

He was preceded in death by his parents, brothers and sisters, and his wife Betty of 55 years in 1996,