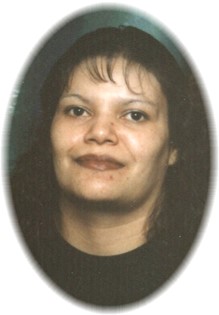 Shawna Rae Walker was born in Lander on June 24, 1974, the daughter of Cecil A. Walker, Sr., and Joanne (Blackburn) Walker.

She was a life-long resident and grew up on the Wind River Reservation, attending St. Stephen's School.

Miss Walker worked as a cashier at the Wind River Casino for two and a half years, had worked as a CNA at the Wyoming State Training School, and Wind River Healthcare and Rehabilitation. Her family said she enjoyed helping the elderly and cooking for the summer feeding programs.

She was a member of St. Stephen's Catholic Church and attended sweats.

Her family said she loved being with her friends, children, and family and at an earlier aged enjoyed camping with her family.