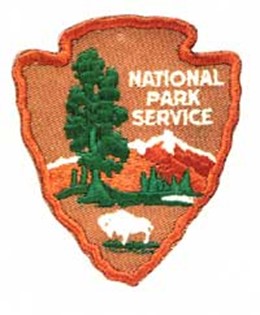 Guestbook 15
Two services are planned for David G. Phillips, 63, who died of apparent heart failure on Friday, Oct. 2, 2009, at home on his ranch near Riverton. As a retired Yellowstone National Park Ranger, one of the services for Mr. Phillips will be at the Lake Ranger Station in Yellowstone National Park on Saturday, Oct. 17, beginning at 1:30 p.m. A light lunch will be available at noon before the service. A second service will be on Saturday, Oct. 24, at 2 p.m. at Sunnyside Church of the Nazarene in Kinnear, with the Rev. John Martin officiating. A reception at the church will follow. David Gee Phillips was born March 25, 1946 in Montclair, NJ, the son of William and Gertrude Phillips. He obtained a bachelor’s degree from Bethany College in West Virginia and did post-graduate work at Colorado State University in Fort Collins. During his university career he met his first wife, Mary Webb, while on a voyage of Semester at Sea. They had two children, Tyson and Linnea. In 1967 he became a seasonal ranger in Yellowstone. In 1983 he met and later married Kathleen O’Leary. They spent six years in California where Dave worked for the Dairy Council of California. They returned to Yellowstone in 1990 and continued to work for the National Park Service until his retirement. At his retirement in 2006 Mr. Phillips was the Sub-District Ranger at South Entrance of Yellowstone. After retirement Dave and Kathleen moved to their ranch near Riverton. Once here Mr. Phillips took a leadership role in Riverton Recycles. As the chairperson of this group, he spearheaded a community education effort that is showing great promise. Mr. Phillips had a life-long passion for horses, mules, and border collies, as well as, working and being in the outdoors. Recently he was developing a plan for community involvement in raising chickens. His family meant the world to him. Survivors include his spouse, Kathleen O’Leary; children, Tyson of Victor, ID, and Linnea of Burlington, VT; siblings, Wendy (Bob) Taylor of Lafayette, CA and Bill Phillips of Pleasant Hill, CA; nephew, Brad Taylor of San Francisco, CA and niece, Tracey Taylor of Mill Valley, CA. Mr. Phillips was preceded in death by his parents. Those who wish to honor Dave Phillip's memory may do so in one of two ways. The Yellowstone Park Foundation has established a memorial to benefit the "Ranger Fund." These funds are utilized to help Yellowstone Park Rangers improve facilities and equipment that support the work they do on behalf of the public. Send memorials to Dave Phillips Memorial, Yellowstone Park Foundation, 222 East Main Street, Suite 301, Bozeman, MT 59715. Attention: Nina Jaeger. On the memo line please write "Ranger Fund." The second way to honor Dave's memory is through a gift to "Riverton Recycles." Send to Riverton Recycles, Dave Phillips Memorial, c/o the City of Riverton, 816 N. Federal, Riverton, WY 82501. These funds will go to furthering Dave's passion for promoting recycling and using our resources wisely.

Davis Funeral Home is assisting the family with arrangements.