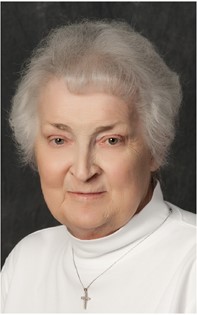 Cremation has taken place and a memorial service will be held at 10 a.m. on Monday, Oct. 26, 2009 at the Davis Funeral Home of Riverton.

Sharon Ann Martin was born on June 30, 1938, to Earl and Lucille Martin in Lovell. She graduated from Powell High School and, on April 25, 1959, she married Tommy Floyd Hufford.

She lived in Riverton for 41 years until recently moving to Billings to be with her daughter.

Her family said Mrs. Hufford had many hobbies that included gardening, needlework, knitting, going on drives, and spending time with her family.

She was preceded in death by her parents and husband.

Condolences may be sent online to www.cfgbillings.com or on-line obituaries are available and condolences for the family may be made at: thedavisfuneralhome.com