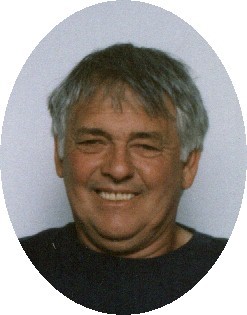 Guestbook 13
Ron Randolph, 62, of Riverton died Saturday, October 24, 2009 at the Wyoming Medical Center in Casper from a brief illness.

Ronald Ray Randolph was born May 4, 1947 in Riverton to Floyd Raymond and Bessie Ruby (Layman) Randolph. Ron grew up in Riverton and attended Riverton Schools with the class of 1966. He graduated from Wyoming Technical Institute in Laramie. He was a life long Riverton resident

Ron’s family said he enjoyed his family and everything to do with cars. He collected many cars and enjoyed restoring them. They described him as a man that could build, fix, and create anything with his own hands. He loved his animals and always had room for one more.

He was a member of the Fraternal Order of the Eagles #3036 in Riverton.

Ron worked for BTI for 21 years as a mechanic and fabricator. He was awarded the Wyoming Trucking Mechanic of the year in 2009. He had also worked in the Shirley Basin and for Federal American Partners in the Gas Hills as a mechanic.

Memorial may be made to the Paws for Life Animal Shelter care of Davis Funeral Home, 2203 W. Main Street, Riverton, WY 82501.