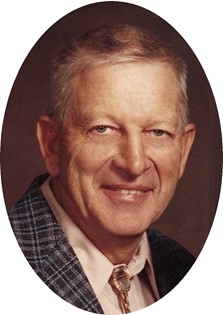 Funeral services will be at 10 a.m. on Saturday, Nov. 14, at the Trinity Lutheran Church in Riverton. Pastor David Magruder will officiate. Burial will be at Mountain View Cemetery in Riverton.

Oris Ralph Trenary was born in Riverton on Dec. 19, 1923, the son of Ralph Trenary, Sr., and May (Coen) Trenary. He lived most of his life in Riverton, attending Delfelder and Riverton schools.

He began his working career as a cowboy for his uncle, Harry Coen, later attended a welding school in Casper, then worked for a time with Gilpatrick Construction.

In December of 1945, he married Marion Hays and they made their home in the Riverton Valley. Two children, Karen and Mark, were born to the couple. At that time, Mr. Hughes was working for Dale Abley, repairing and demonstrating John Deere farm equipment.

In the mid 50’s he worked for Susquehanna Uranium on the uranium ore recovery station. He later went to work for Western Nuclear at the sulfuric acid plant, where he remained until retirement in 1985.

His family said at that time he did what he loved most, working his small farm. He raised hay and some cows, and helped his neighbors until he sold the farm because of ill health.

He was preceded in death by his parents; daughter, Karen; sister Olive Day.

Memorials may be made to Trinity Lutheran School in Riverton or St. John's Lutheran Ministries of Billings, in care of the Davis Funeral Home of Riverton, 2203 West Main, Riverton WY 82501.