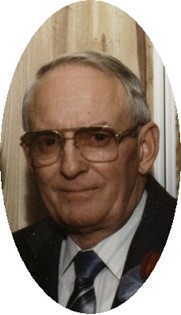 Funeral services will be at 10 a.m. Thursday, June 14, at the United Methodist Church of Riverton. The Rev. Cleve McSwain will officiate. Interment will follow at Mountain View Cemetery in Riverton.

B.E. "Bud" Kintzler was born July 10, 1930, to De Etta and Bud Kintzler, Sr., in Broken Bow, Neb. Through high school, he farmed and carried mail with his father before being graduated from Riverton High School in 1949.

He took a job at the Wigwam Bakery and shortly after, married his high school sweetheart Dorothy Weber, in 1950.

Mr. Kintzler began a career with Northern Utilities (later KN Energy) in 1951 and moved to Sand Draw. He advanced through the ranks to become a supervisor before retiring in 1995 -- putting in 44 years with the company.

Mr. and Mrs. Kintzler raised four children together at Sand Draw, before moving to Riverton in 1964. They family said the couple spent every day of their lives together for nearly 60 years.

His family said Mr. Kintzler enjoyed hunting, fishing, and his work with close friends and family. In his later years, Mr. Kintzler devoted his time to raising horses with his wife on a small acreage near Riverton.

The family said Mr. Kintzler was proud of his long-time career with the gas company and his run for Fremont County Sheriff in 1966.

He was preceded in death by his father, Bud Kintzler, Sr., and his sister, Delene Goodman.

Memorials may be made to Help for Health Hospice Home or the United Methodist Church of Riverton, in care of the Davis Funeral Home, 2203 West Main, Riverton WY 82501.