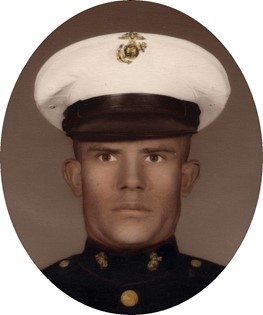 Guestbook 0
Funeral services for Clyde P. Sanders, Sr., of Casper will be at 2 p.m. Saturday, Dec. 26, at St. Stephen's Catholic Church south of Riverton. The Rev. Father Robert Hilbert, S.J., will officiate and interment will be at the Arapaho Catholic Cemetery at St. Stephen's.

There will be a viewing from 1 to 2 p.m. Saturday at the church.

Clyde Parker Sanders was born in Phoenix, Ariz., on June 19, 1945, the son of Enoch "Doc" Sanders and Marian (Parker) Sanders.

He had been a resident of Wyoming for 50 years, having grown up in Lander and attended school there. He also lived in Washington State, Oregon, and Rockville, Maryland, before moving to Casper several years ago.

He served with the National Guard and then in the U.S. Marine Corps during the Viet Nam War.

He was baptized at St. Stephen's and was a member of St. Anthony's Catholic Church in Casper.

Mr. Sanders was a professional roofer, having been in the trade for more than 30 years.

His family said his hobbies included fishing, hunting, camping, and being in the outdoors.

Survivors include his wife, Theresa Sanders of Casper; a daughter, Sandra Dayton and her husband Steven of Dayton, Ohio; sons, Clyde Sanders, Jr., of Lynnwood, Wash., Maurice Sanders and his wife Jessica of Las Vegas, Nev., and Robert Sanders and wife Stonie of Cheyenne; nine grandchildren; his mother, Marian Sanders of Lander; a sister, Carol Sanders of Lander.

Mr. Sanders was preceded in death by his father.