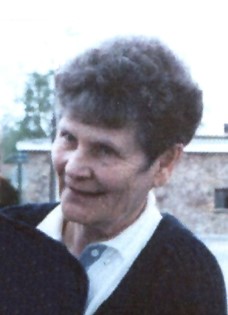 Guestbook 3
Funeral services for former Riverton resident Evelyn L. Wunder of Steamboat Springs, Colo., will be at 2 p.m. Monday, Jan. 4, at the Davis Funeral Home of Riverton. The Rev. Linda Norris of the United Presbyterian Church will officiate and interment will be at Mountain View Cemetery in Riverton.

Mrs. Wunder died on Wednesday, Dec. 30, 2009, at the Rollingstone Respite House in Steamboat Springs. She was 84.

Evelyn Lucille Reitz was born in Lincoln, Neb., on April 21, 1925, the daughter of Henry John Reitz and Mollie (Peppler) Reitz.

They moved to Riverton in 1948 where Mr. Wunder was the owner of Riverton Machine Company until his death in 1997. Mrs. Wunder moved to Colorado in 2008 to be closer to her son.

Mrs. Wunder was a housewife and secretary/bookkeeper for her husband's business.

Mrs. Wunder was a member of the United Presbyterian Church where she has served as deacon. She belonged to Presbyterian Women and Bible study group.

In addition, she was a member of the Mountain View Extension Club and the Riverton Garden Club.

Her family said Mrs. Wunder enjoyed gardening and was known for her peonies and roses. Mr. and Mrs. Wunder devoted hours taking care of their garden and yard. She also enjoyed crocheting and needlepoint.

Memorials may be made to the United Presbyterian Church of Riverton in care of the Davis Funeral Home, 2203 West Main, Riverton, WY 82501, or to the Hospice and Palliative Care Services of Northwest, CO, 940 Central Park Drive, Suite 101, Steamboat Springs, Col, 80487.