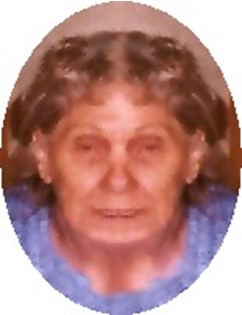 Guestbook 0
Dona L. Dawes of Riverton died Thursday night, Dec. 31, 2009, at Riverton Memorial Hospital. She was 80. According to her wishes, cremation has taken place and no services will be held. Dona Lea Dunn was born in Douglas on June 26, 1929, the daughter of Clarence and Mamie (Brow) Dunn. She attended schools in Wyoming and Oregon. She was a housewife who married James Dewane Dawes on June 19, 1949, at the Douglas ranch of her grandparents, Pat and Lillian Brow. The couple lived in several states, settling in Riverton in 1965 while Mr. Dawes operated heavy equipment. Her family said Mrs. Dawes loved to make afghans and quilts, enjoyed raising a large garden and flowers, landscaped the homeplace by planting trees and bushes, and helped her husband in ranching. In addition, the family said, she loved animals. Survivors include her husband, Dewane Dawes of Riverton; two sons, James P. Dawes of Riverton and Patrick C. Dawes and his wife Linna of Los Angeles, Calif.; two grandchildren. She was preceded in death by her parents; a brother, Phillip and his wife Ann, and a daughter, Susan Lea (Dawes) Musfelt. On-line obituaries are available and condolences for the family may be made at:thedavisfuneralhome.com Arrangements are under the direction of the Davis Funeral Home of Riverton.