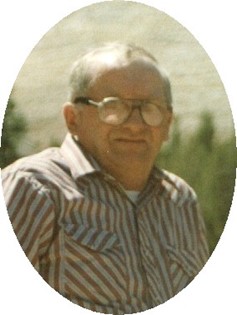 Guestbook 14
Funeral services for William H. "Bill" Ideker of Dubois will be at 11 a.m. Saturday, Jan. 16, at the Headwaters Community Center in Dubois with Masonic rites and Knights Templar services. Errol Workman will give the eulogy.

William Henry Ideker was born in LaCrosse, Wis., on April 4, 1934, the son of William C. Ideker and Pearl I. (Zimmerman) Ideker. He was graduated from high school in Caledonia, Minn., in 1952.

Mr. Ideker was drafted into the U.S. Army in 1957 and served during peacetime.

From 1952 to 1957 he worked for his uncle, Alvin Goetzinger in Brownsville, Minn.; served in the Army in 1957; worked for Eversole Rogers dealership in LaCrosse, Minn., from 1958 to 1963, and worked in the timber industry. Mr. Ideker was founder and owner of Bill's Conoco in Dubois.

He was a member of the Masonic Lodge and Knights Templar.

He was preceded in death by his parents, Bill and Pearl Ideker, and grandparents, Henry and Martha Zimmerman and Fred and Mary Ideker.

Memorials may be made to the Dubois Ambulance Association or the Dubois Volunteer Fire Department, in care of the Davis Funeral Home, 2203 West Main, Riverton, WY 82501.