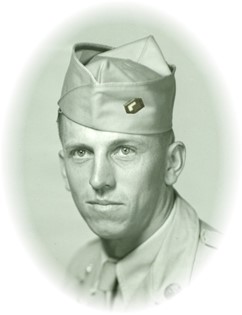 Guestbook 6
Funeral services for Paul R. "Bob" Westman of Lander will be at 10:00 a.m. on Monday, Jan. 25, at the Davis Funeral Home of Riverton. Paul Morrison, pastor of the Hudson Community Church will officiate and burial will follow at Mountain View Cemetery in Riverton with military honors.

Paul Robert Westman was born in Lenore, Wyo., on Sept. 17, 1921, the son of Pete and Anna Euphrosyne (Oden) Westman who homesteaded at Burris on the Wind River by the Red Grade.

As a youngster he had been a spelling bee champion, a skill which he continued into adult spelling bees in the 1980s. He was graduated from Fremont County Vocational High School in Lander with the Class of 1939.

Mr. Westman served with U. S. Army during World War II, from June 23, 1944. He earned the Pacific Theaters of Operation Medal, two Purple Hearts, and a Bronze Star and two Presidential Unit Citations for Leyte and Okinawa. After his eight month wound recovery at Fitzsimmons Army Hospital in Denver, Colo., he served at Camp Hood, Texas until July 21, 1947.

The family came to Fremont County in 1954, living in Lyons Valley outside of Lander until 1961. At that time they moved to Hudson and then returned to Lander in 2007.

Mr. Westman was of the Christian Faith.

He belonged to the Disabled American Veterans, Weldon Dale Moss Chapter 8 of Riverton.

A special friend was Oral White of Missouri Valley, with whom Mr. Westman had entered military service together with service numbers just one digit apart.

After retiring from his job with U.S. Steel for health reasons, Mr. Westman worked with Eaton LRC in assembly and machine work until early retirement. After his retirement Mr. Westman took up refinishing furniture. His family said he also enjoyed reading, writing letters, and communicating with fellow Army buddies.

He was preceded in death by his parents; sisters, Mary Howard and Ellen Irons; brothers, John, Fred, and George Westman.

Memorials may be made to the Disabled American Veterans, Hudson Community Church, or the Lander VFW Club, in care of the Davis Funeral Home, 2203 West Main Street, Riverton, WY 82501.