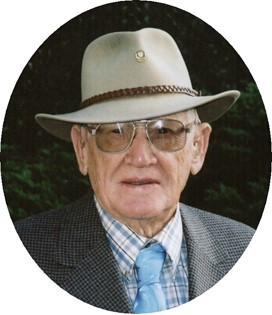 Memorial services will be in the Spring, at Holy Rosary Catholic Church in Lander with burial of ashes in Lander and Fort Bridger.

William Maurice Irving was born in Omaha, Neb., on June 12, 1917, the son of Raymond J. and Winefred (Owen) Irving. The family moved to Casper when he was one year old, in 1918, and on to Lander the next year, 1919. He attended school in Lander, graduating high school in 1936. While going to school, he worked at the Grand Theater for several years.

When he was a senior in high school, his father was killed in a truck accident, on Nov. 5, 1935. After graduating from high school, he worked as a truck driver for his mother, helping her run the family trucking business.

On Jan. 1, 1942, he went to work as a clerk at the Lander Post Office until joining the U.S. Army. He served in the Pacific Theater of Operations. He was honorable discharged from military service on Dec. 5, 1945.

At that time, he returned to his former job in the Lander Post Office, where he worked until he retired on May 30, 1976. He served 34 years in the post office, the last six years as Postmaster of the Lander office.

He was preceded in death by his parents, four brother, his two wives; a step-son, Ron Bindl; a step-son in-law, Ernest Dahlquist; great grandson, Seth Bindl.

Memorials may be made to the Lander Senior Center in care of the Davis Funeral Home, 2203 West Main, Riverton WY 82501.