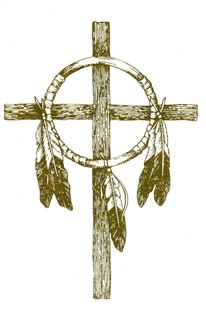 Guestbook 3
Funeral services for Joseph Duran, Jr., of St. Stephen's will be at 10 a.m. Thursday, March 4, at Great Plains Hall at Arapahoe. The Rev. Father Ron Seminara will officiate. Interment will follow at the Arapaho Catholic Cemetery at St. Stephen's.

There will be a rosary at 7:30 p.m. on Wednesday, March 3, at Great Plains Hall with a wake following at #20 Behan Lane, Arapahoe. Native American Church services will be performed at the wake.

Joseph Duran, Jr., "Red Moon" was born at Fort Washakie on Feb. 22, 1938, the son of Thomas J. Duran and Mary (Armajo) Duran. He attended school at St. Stephen's and Arapahoe.

Mr. Duran was a member of the Catholic faith and the Native American Church. He attended sweats and traditional ceremonies.

His family said Mr. Duran was a medicine man who took care of sweat lodge ceremonies. They said he enjoyed being with his family, liked going to pow-wows and attending traditional Indian ceremonies.

He was preceded in death by his parents; his wife, Margaret Mary Duran on Feb. 22, 2010; three sisters, and three brothers.