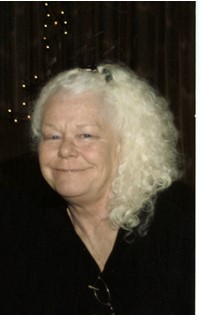 Guestbook 9
Funeral services for former Riverton resident Vivian S. Jevne will be at 2 p.m. Saturday, March 13, at the Riverton Church of the Nazarene. The Rev. Eric Depew will officiate. Interment will follow at Mountain View Cemetery in Riverton. Mrs. Jevne died at her home at Collbran, Colo., on Friday, March 5, 2010. She was 61. Vivian Sue Earnest was born on Feb. 11, 1949, in Okemah, Okla., the daughter of Alva James "Jiggs" Earnest and Mildred Joyce (Clay) Earnest. The family moved to Midland, Texas when she was about two years old. She attended elementary school there and Robert E. Lee High School. In 1968, she married Jimmy Don Hamilton and they had two sons, Richard Heath Hamilton and Jimmy Earnest Hamilton. She divorced and moved to Riverton in 1979, working for Eaton and DH Print until 1991. In November of 1983, she married Donald H. Jevne. They lived in Riverton while their children attended school, then moved to rural areas where her family said she was able to enjoy her dogs, cats, chickens, and peacocks. Mr. and Mrs. Jevne moved to Collbran, Colo., in 2006. Mrs. Jevne is survived by her husband, Don Jevne of Colorado; sons, Heath and Jim Hamilton and wife Sara; granddaughters, Jody and Jaimee; grandsons, Clay, Jimmy, and Jakob, all of Green River; step-daughters, Lori Coyle of Riverton, Melissa of Colcord, Okla., Jean Douglas and husband David of Springdale, Ark.; grandchildren, Austin, Tylyn, Harlee, and Kennedy; her mother, Joyce Earnest of Midland, Tex.; sisters, Alva Jean Walker and husband Donny of Midland, Texas, Patty Chambers of Nashville, Tenn., Melody Boren and husband Calvin of Austin, Texas.; numerous nieces and nephews. She was preceded in death by her father, Jiggs Earnest of Midland, Tex. ,and grandson Jacob D. Smith Memorials may be made to PAWS animal rescue program in care of the Davis Funeral Home, 2203 West Main, Riverton, WY 82501. On-line obituaries are available and condolences for the family may be made at: thedavisfuneralhome.com Services are under the direction of the Davis Funeral Home of Riverton.