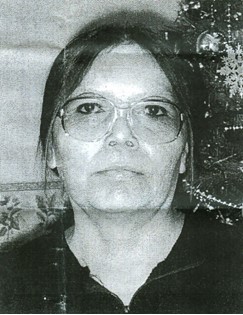 Guestbook 1
Funeral services for Albertine "Tina" Cones of Rock Springs will be at 10 a.m. on Friday, March 26, at St. Stephen's Catholic Church south of Riverton. Interment will follow at the Arapaho Catholic Cemetery at St. Stephens.

Rosary will be at Great Plains Hall at Arapahoe at 7 p.m. on Thursday, March 25, followed by a wake at the hall.

Albertine Dresser was born in Riverton on April 19, 1956, the daughter of Albert and Betty Sue (Gimmesaddle) Dresser. She grew up at Arapahoe and attended Arapahoe schools, later moving to Oklahoma City, Okla., where she worked as a housekeeper for a law firm. She returned to Fremont County in 1998 where she worked as a childcare provider for the State of Wyoming, later working four years for the Lander Valley Medical Center as an environmental technician. While working for Lander Valley Medical Center she earned employee of the year in 2001 for her willingness to help others and complete extra duties. She was selected by hospital staff and visitors for her warm smile and pleasant personality. She later moved to Rock Springs where she was head housekeeper for the Economy Guest Village for the past six years where she was currently employed.

She was a member of the Catholic church and Lutheran faith.

Her family said Mrs. Cones' day revolved around her work schedule and she also enjoyed puzzles and reading books.