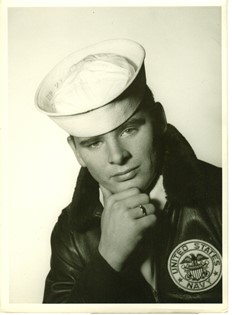 Cremation has taken place and, according to his wishes no services will be held.

Howard Eugene Kautz was born in Portland, Oregon, on Feb. 28, 1946, the son of Henry Kautz, Jr., and Margaret (Dierks) Kautz. He grew up in Sandy, Oregon, and attended Sandy school.

He was a U.S. Navy veteran of the Viet Nam War, having joined the military service at the age of 17. He served on the first nuclear aircraft carrier, the USS Enterprise, from 1963-1967

He lived in Sandy and Portland, Oregon, for most of his life, moving to Riverton in 2005.

Mr. Kautz was a 13-year member of the B.P.O. Elks Lodge in Oregon City, Oregon, and in Riverton belonged to the American Legion, Veterans of Foreign Wars, and Disabled American Veterans.

He was preceded in death by his parents; two sisters, Molly and Barbara, and one brother, Robert.

Memorials may be made to the Kautz family, in care of the Davis Funeral Home 2203 West Main, Riverton, WY 82501.