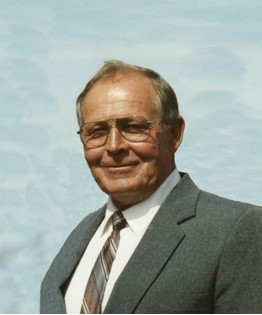 Guestbook 1
Funeral services for G.A. "Gus" Kechter of Riverton will be at 2 p.m. Tuesday, July 10, at the Davis Funeral Home of Riverton. The Rev. Scott McFarland will officiate. There will be a viewing at the funeral home for one hour preceding the services. Interment will be at Mountain View Cemetery in Riverton. Mr. Kechter died at his home in Riverton on Wednesday, July 4, 2007, at the age of 73. Gaylord Allen Kechter was born on April 28, 1934, in Midwest, the son of Jacob Allen Kechter and Elinor Margaret (Godfrey) Kechter. He was graduated from Midwest High School. Mr. Kechter worked for Amoco Production, coming to Riverton in 1964. He retired as a field foreman in 1989 after 37 years with the company. He married Dixie Pearl Kobbe on July 13, 1973, in Riverton. Mr. Kechter was a member of the Christian faith. His family said he enjoyed his family, friends, fishing, and hunting. Survivors include two sons, Danny Kechter of Billings, Mont., and Michael Kechter and wife Amber of Riverton; daughters, Joli Pavelis and husband Hal of Billings and Tammi Anderson of Utah; six grandchildren and one great grandchild; a brother, Ronnie Kechter of Port Angeles, Wash. He was preceded in death by his parents; his wife, Dixie; his ex-wife, Patsy. On-line obituaries are available and condolences for the family may be made at: thedavisfuneralhome.com Services are under the direction of the Davis Funeral Home of Riverton.