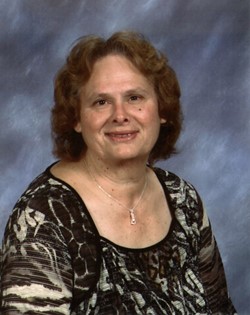 Guestbook 8
Funeral services for Sharon L. Johnson (Finlayson) are at 2 p.m. on Monday, May 10, at the Davis Funeral Home of Riverton. Pastor Mike Smith officiates. Interment follows at Mountain View Cemetery in Riverton. A viewing is from 5 to 7 p.m. on Sunday, May 9, at the funeral home. Ms. Johnson died at Riverton Memorial Hospital on Thursday, May 6, 2010, surrounded by her family, after suffering a sudden and unexpected illness. She was 58. Sharon Lee Johnson was born in Riverton on May 9, 1951, the daughter of Jerry Wayne Johnson and Viola Marie (Kinikin) Johnson. She was graduated from Riverton High School with the Class of 1969. She grew up in Riverton, moving to Pavillion in 1972. In 1989, she moved to Elko, Nev., and then returned to Riverton in 2007. She ranched at Pavillion before moving to Elko where she worked for a number of years at Albertson's. In Riverton, Ms. Johnson was a community living trainer for Community Entry Services. She was of the Christian faith and attended the Hillcrest Baptist Church and the Women's Bible Study at Hillcrest. Her family said Ms. Johnson enjoyed family gatherings, holidays, camping, riding her four-wheeler, loved animals, and enjoyed baking and sewing. Survivors include her son, Clint Finlayson and his wife Kathy of Riverton; daughters, Darla Romero of Riverton, Sheila Gurr and husband Scott of Elko, Nev., and Angela Bennett and husband Dan of Riverton; step-sons, Scott Finlayson and his wife Gwen and Ken Finlayson and his wife Delynn; 17 grandchildren, David, Kenny, Heather, Tacee, Payton, Nick, Jasper, Coy, Jerry, Danael, Madelyn, Chelsea, Odessa, Peshar, Megan, Amanda, and Matthew; her parents, Jerry and Viola Johnson of Riverton; a brother, Mike Johnson of Riverton; a sister, Cara Heckert and husband Rick of Riverton; sister-in-law, Myra Johnson of Gillette, son-in-law, Denny Shepard of Riverton; numerous nieces and nephews. She was preceded in death by a brother, Danny Johnson; daughter, Jessica Shepard, and son-in-law, David Romero. Memorials may be made to the: Sharon Johnson Memorial Fund, in care of the Davis Funeral Home, 2203 West Main, Riverton, WY 82501. On-line obituaries are available and condolences for the family may be made at: thedavisfuneralhome.com Services are under the direction of the Davis Funeral Home of Riverton.