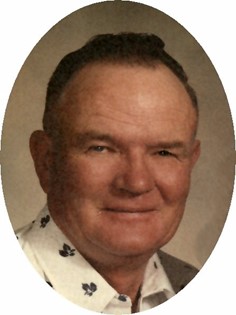 Guestbook 4
Memorial services for Alvin E. "Sparky" McCullough of Pavillion are at 11 a.m. on Tuesday, May 18, at the Davis Funeral Home of Riverton. Dick Pattison will officiate.

Inurnment will follow at Mountain View Cemetery in Riverton. Military rites will be by the Veterans of Foreign Wars.

Alvin E. McCullough was born in Ansley, Neb., on June 22, 1927, the son of Carl M. and Alice E. (Daugherty) McCullough. His mother died when he was 13 days old and he was raised by his Grandmother Daugherty.

He moved from Nebraska to Fremont County with his father and grandmother when he was eight years old, with the family homesteading near Kinnear Lake, also known as McCullough Lake. He attended the Morton School.

He was a U.S. Navy veteran for World War II, having entered military service when he was 17 years old and before high school graduation.

On May 15, 1947, he married Lucille Ingwerson at the Methodist Parsonage in Riverton.

Mr. McCullough was a heavy equipment operator for Fremont County.

On-line obituaries are available and condolences for the family may be made at: thedavisfuneralhome.com Services are under the direction of the Davis Funeral Home of Riverton.