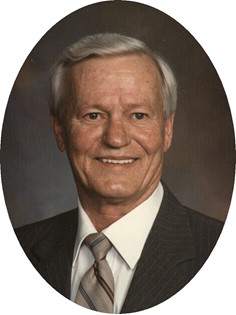 Guestbook 2
Funeral services for Vernon F. "Vern" Tilley of Riverton are at 10 a.m. Saturday, May 22, at Davis Funeral Home in Riverton. The Rev. Linda Norris of the First Presbyterian Church of Riverton will officiate.

He served with the U.S. Army during the Korean War and was a graduate of Texas A&M University.

Mr. Tilley was a petroleum engineer for Amoco, supervising oil and gas production.

He was a member of the First Presbyterian Church of Riverton and the Veterans of Foreign Wars.

He was preceded in death by his parents, Vernon and Olive (Nuckles) Tilley; a brother, two sisters, a daughter Judith Befus, and one grandson.