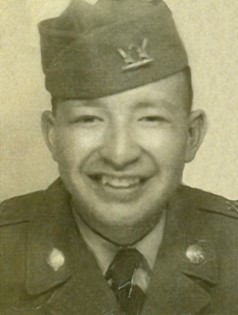 Funeral services will be at 10 a.m. on Saturday, May 22, at St. Stephen's Catholic Church. The Rev. Fathers Robert Hilbert and Ron Seminara will officiate. Burial will follow at the Arapaho Catholic Cemetery at St. Stephen's. Military committal will be by representatives of the U.S. Army.

Mr. Spoonhunter served with the U.S. Army from Dec. 2, 1953, until his honorable discharge of July 31, 1955. He received the National Defense Service Medal, United Nations Service Medal, and the Korean Service Medal.

He was of the Catholic faith and participated in sundances and sweats.

He worked as an ironworker, in construction, as a firefighter, custodian, and basketball coach.

His family said he enjoyed hunting, fishing, basketball and football, watching Western movies, reading Western books, traveling, and being around his family and grandchildren.