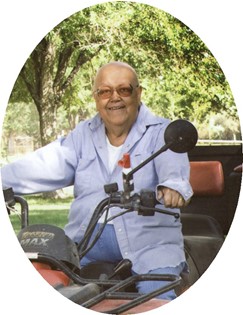 Guestbook 7
Edna B. Hutchison died at her home in Riverton early Tuesday morning, June 1, 2010. She was 64.

Memorial services are at 11:00a.m. Saturday, June 12, at the Eagles Club, Broadway and Park, in Riverton.

Edna Bernice Martinez was born in Diamondville, Wyo., on Oct. 3, 1946, the daughter of Melvin and Mary (Duran) Martinez. She grew up in Kemmerer.

Mrs. Hutchison was a homemaker, having married Melvin H. Hutchison on March 21, 1980, in Evanston. The family moved to Riverton from Diamondville in 1987.

She was of the Catholic faith and belonged to the Eagles Auxiliary in Riverton and Kemmerer.

Before becoming ill, Mrs. Hutchison worked for the Holiday Inn.

She was preceded in death by her parents, five brothers, and one sister.

Memorials may be made to the Help for Health Bus, in care of the Davis Funeral Home, 2203 West Main, Riverton, WY 82501.