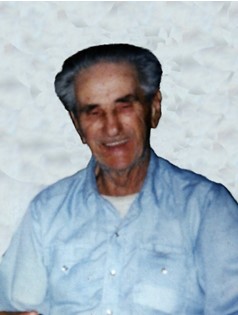 Guestbook 1
Graveside services for Alvin A. Keldsen of Lander are at 2 p.m. on Wednesday, June 9, at Mountain View Cemetery in Riverton. The Rev. George Wells will officiate and military committal will be by the Veterans of Foreign Wars. There will be a viewing from 5 to 7 p.m. on Tuesday, June 8, at the Davis Funeral Home of Riverton. Mr. Keldsen died on Thursday, June 3, 2010, at the Lander Regional Hospital. He was 96. Alvin Andy Keldsen was born on Nov. 18, 1913 in Sweetwater, Neb., to Andy and Rosa (Pritchau) Keldsen. He was the second of five children. Mr. Keldsen served with the U.S. Army during World War II from Jan 11, 1942, to Oct. 10, 1945, in the 351st Infantry, receiving several decorations and citations. He married Effie Newman on Sept. 26, 1966, in Huntington, Tenn. She preceded him in death. His family said Mr. Keldsen enjoyed hunting, fishing and trapping. He ran Keldsen Motor Company in Kinnear for many years with his brother, Wilford Keldsen. He was also instrumental, with Wilford Keldsen and Oscar Lund, in starting the Morton/Kinnear Volunteer Fire Department. The family said Mr. Keldsen enjoyed traveling back to Nebraska where he was still a Cornhusker sports fan. They said he was also a Wind River Cougar's fan, attending football games with his sons, Andy and John. They said he enjoyed the 6 and 10 p.m. news and loved his grandchildren. Mr. Keldsen is survived by his daughters, Darlene Keldsen of Riverton, Joyce Fretwell and husband Scott of Rock Springs, Fredalene Hudson and husband Dan of Lander; sons, Andy Keldsen and Linda Chavez of Lander, John Keldsen and wife Heather of Lander, Eugene Keldsen and wife Sue of Texas; step-son, Wayne Keldsen of Kinnear; step-daughter, Marrowlynn McNeely of Tennessee; grandchildren, Steven, Jasmine, Lilly, Evan, and Gordan Keldsen, Matthew and Kelsey Hallam, Sara Fretwell, John Judson, and Andrew Peevey; many nieces, nephews, great nieces and great nephews. He was preceded in death by his parents; his wife Effie (Newman) Keldsen on May 5, 2009; brother, Wilford Keldsen; sisters, Erma Capellan, Leona Criffield, and Alveda Russell; grandchildren, Crystal Keldsen and Lynda Hudson; great grandchild, Dominick . On-line obituaries are available and condolences for the family may be made at: thedavisfuneralhome.com Services are under the direction of the Davis Funeral Home of Riverton.