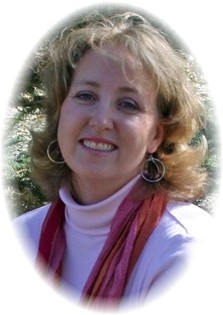 Guestbook 42
Funeral services for Leslie D. (Hill) Gabrielsen of rural Riverton are at 2 p.m. on Thursday, June 24, at St Margaret's Gym in Riverton. Cremation will follow the service. Viewing will be from 6 to 8 p.m. on Wednesday June 23, at Davis Funeral Home of Riverton. Mrs. Gabrielsen died at the Wyoming Medical Center in Casper on Sunday, June 20, 2010, after battling cancer. She was 32. Leslie Dawn Hill, known affectionately in her family as "The Favorite" was born on May 25, 1978, at the Bar S Saloon just outside of Great Falls, Mont., in the back of a station wagon when her mother was on the way to the hospital. She was the daughter of William Oscar Hill and Betty (Strauser) Hill. She attended elementary school in Geyser, Mont., and was graduated from Powell High School in 1996. She attended Northwest Community College in Powell in 1997 and was graduated from the University of Wyoming in 2000 with a degree in elementary education. On June 17, 2000, she married John Gabrielsen at Washington Park in Powell. Her first job out of college was as a first grade teacher for Riverton School District 25 and she continued in that position until her death. At Jackson Elementary School in Riverton, she created a system of integrating her "Smart Board" to reading lessons that is now used district-wide. While in college she worked as a daycare and Hastings in Laramie. She was a member of the United Methodist Church in Pavillion, and of PEO Chapter AZ in Riverton, the FFA, and 4-H. Her family said her children were her primary focus, attending all their activities. They said she had known she wanted to be a teacher from an early age and enjoyed photos, music and dancing, and being with her family. Survivors include her husband, John Gabrielsen of Riverton; a daughter, Jaylyn, age 8; a son, Kade, age 5; her parents, Oscar and Betty Hill of Lovell; one brother, Randy Hill and his wife Vanessa of Cowley, and their two children; sisters, Echo Koger and husband John of Wheatland, and their three children, Dallas Noon of Lovell and her son, Lindsay Williams and husband Steve of Columbus, Mont., and their three children. She was preceded in death by a sister, Mary Ann Hill, who died at birth. Memorials may be made to the Tough Enough To Wear Pink Cancer Fund in care of Davis Funeral Home, 2203 W. Main, Riverton, Wyoming, 82501 On-line obituaries are available and condolences for the family may be made at: thedavisfuneralhome.com Services are under the direction of the Davis Funeral Home of Riverton.