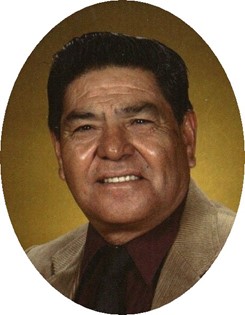 Guestbook 7
After a four year battle with cancer Arturo Mejorado Sr., of Riverton died at the M.D. Anderson Cancer Center in Houston Texas, on Monday, July 19, 2010. He was 67.

Arturo was of the Catholic faith.

Spending time with his family was his favorite pastime. He was especially proud of his five grandchildren, dedicating time to traveling to watch them participate in their sports. As a band member on “The Invaders” he wa the lead guitarist and singer.

Mr. Mejorado was a member of the B.P.O. Elks Lodge and the Eagles.

Memorials may be made to St. Margaret’s Chuch, in care of the Davis Funeral Home, 2203 West Main, Riverton, Wyoming 82501.

On-line obituaries are avaliable and condolences for the family may be made at: theDavisFuneralHome.com