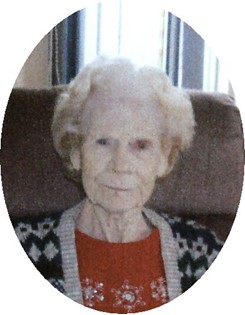 Graveside services are at 1 p.m. on Monday, July 26, at the Dubois Cemetery.

Lola Kay Peterman was born in Bridgeport City, Ill., on Jan. 27, 1922 to Edith and Harry Peterman.

She enlisted in the U.S. Army during WWII and was a surgical technician.

Mr. and Mrs. Moeck owned the Pioneer Court Motel in Lander during the 1970's.

After selling the motel, they retired to Dubois, in 1980 where Mrs. Moeck made her home until December of 2009.

Mrs. Moeck is survived by her husband's nephew, Bill McLaughlin of Olympia, Wash., and her friends, Jerry and Marge Leslie of Lander.

She was preceded in death by her husband and her parents.