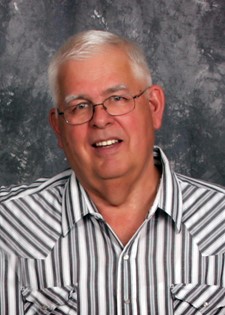 Guestbook 19
Funeral services for Robert I. "Bob" Adams are at 11 a.m. on Saturday, July 31, at the Church of Jesus Christ of Latter-day Saints in Riverton with Bishop Wendell Richardson officiating. Interment follows at Mountain View Cemetery in Riverton. Visitation is from 6 p.m. to 7:30 p.m. on Friday, July 30, at the Davis Funeral Home and from 10 a.m. to 11 a.m. Saturday at the Church of Jesus Christ of Latter-day Saints. Bob died on Sunday, July 25, 2010, at the Wyoming Medical Center in Casper, of complications following a heart attack. He was 68. Robert Isaac Adams was born in Spanish Fork, Utah, the son of Mr. and Mrs. Dallas Cornaby Adams. He was graduated from Spanish Fork (Utah) High School in 1959. Bob attended Brigham Young University and the Colorado School of Banking. Bob married Sharon Kay Lane on June 23, 1973, in Rawlins. He moved to Wyoming from Utah in the 1960s and fell in love with Wyoming especially the beauty of the Wind River Mountains. Bob loved aviation particularly watching the Thunderbirds, he also enjoyed camping, fishing, cooking and spending time with his family, especially his grandchildren. He was an active member of the Church of Jesus Christ of Latter-day Saints and served a mission in the New England Mission. Most recently Bob has served as Stake Clerk in the Riverton Wyoming Stake.