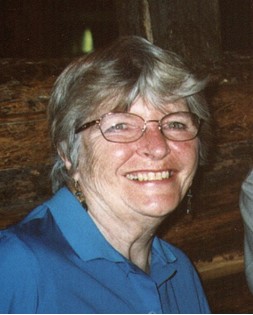 Guestbook 3
Beverly A. "Bev" Williams of Riverton died in the Lander Medical Center Thursday evening, July 22, 2010, She was 77. Memorial services will be held at a later date, to be announced. Beverly Ann Horton was born in Green River on May 31, 1933, the daughter of Vernon L. and Juanita M. (Peterson) Horton. She was graduated in Green River High School with the Class of 1951. She married Joseph L. "Lynn" Williams in 1954, in Green River. Mrs. Williams worked as a clerk/secretary for FMC Corp. in Green River from 1951-1954 and for the Teton Land Title Co. in Jackson from 1976-1998. She had lived in Green River from birth through 1951; in Tustin, Calif., 1960s-1972, in Rock Springs, 1972-73, in Jackson, 1973-99, and Riverton since 1999. Mrs. Williams was of the Presbyterian faith and active within the church, occasionally serving as a minister. She was a member of the Order of the Eastern Star and active with the Shrine organization. Her family said she enjoyed sewing, traveling, spending time with her family and friends, and being a grandmother. Survivors include her sons, Tim J. Williams of Belgrade, Mont., and Tracy L. Williams of Santa Cruz, Calif.; a daughter, Tina M. Bockman of Ephrata, Wash.; six grandchildren. She was preceded in death by her parents, Vernon L. and Juanita M. Horton; her husband, J. Lynn Williams; a brother, Max Lee Horton, and a sister Cora J. Goglio. On-line obituaries are available and condolences for the family may be made at: theDavisFuneralHome.com Arrangements are under the direction of the Davis Funeral Home of Riverton.