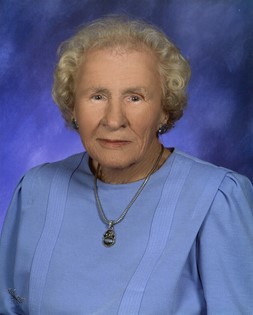 Guestbook 6
Lillie L. Grasham of Riverton died on Sunday, July 25, 2010, at Wind River Health Center in Riverton. She was 92.

Memorial services will be held at a later date at Mt. Zion Christian Church in Mebane, N.C., with inurnment at Mt. View Cemetery in San Bernardino, Calif., with her husband, Walter.

Lillie Lynch was born near Mebane, N.C., on Feb. 1, 1918, the daughter of Robert Bingham Lynch and Hattie Iola (Murray) Lynch. She grew up in Alamance County, N.C. She was graduated from high school with honors.

She married Walter George Grasham on Aug. 4, 1941, in South Carolina. A daughter, Linda, and son, George, were born to this union.

Mrs. Grasham was of the Protestant faith and active in the Christian Churches wherever she was living at the time.

She was a member of the Order of the Eastern Star, Battle of Alamance Chapter No. 256 for more than 50 years.

Mrs. Grasham has lived in Riverton for the past four years.

The Lynch family name was very special for Mrs. Grasham the family since family member Thomas Lynch, Jr., of South Carolina was one of the 13 original signers of the Declaration of Independence.

Mrs. Grasham was seen as the personification of "a grand Southern lady," the family said and Alex Haley filmed part of "Roots" and talked with her mother, Hattie Lynch, on the family farm in Mebane, N.C.

She was preceded in death by her husband, Walter; her parents, four brothers, three sisters, and a son, George Grasham.