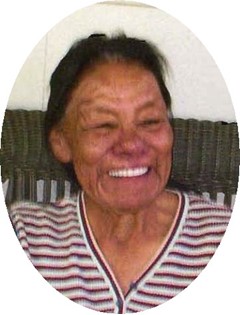 Guestbook 4
Eldine Haskins Page passed away August 4, 2010 she was born August 5, 1936 to Leon and Lily Whiteshirt Haskins in Geary, Oklahoma.

She attended school in Geary, Oklahoma; and St. Stephens’s mission in Arapaho, Wyoming.

Eldine lost her mother lily at age 3 and was raised by her grandmother Capitola Webster.

Her interests included; camping, fishing, cooking and baking, her grandchildren, music, and she had many friends.