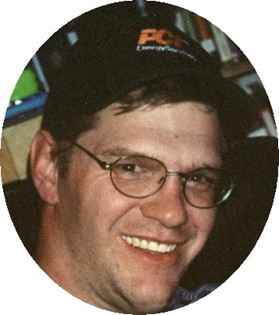 Guestbook 27
Funeral Mass for Paul W. Allen of rural Riverton is at 10 a.m. Thursday, Aug. 12, at St. Margaret's Catholic Church in Riverton. The Rev. Father David Gau will officiate. Military rites will be conducted at the church.

Inurnment will be at Mountain View Cemetery in Riverton at a later date.

Paul Willem Allen was born in Kalamazoo, Mich., on July 19, 1971, the son of Mark Joseph Allen and Anna A. (Renzema) Allen. He had lived most of his life in Fremont County.

He graduated from Shoshoni High School with the Class of 1989. During his Senior year, he was Student Council President. Following his military service with the Marines, Mr. Allen attended Central Wyoming College, majoring in political science, and served as vice president and president of the Student Body.

Mr. Allen served two years with the U.S. Marine Corps and for the past 13 years he worked as a mechanic at the Lost Cabin Gas Plant for Conoco Phillips.

Memorials may be made to the: Allen Children's Education Fund, in care of the Davis Funeral Home, 2203 West Main, Riverton, WY 82501.