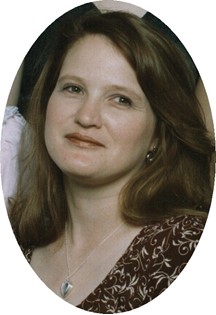 Guestbook 5
Memorial services for Laura D. Gonzales of Hudson will be at 12:45 p.m. on Wednesday, Sept. 1, at the Lander City Park. Those attending are asked to take a covered dish and their own beverage for the carry-in dinner. Ms. Gonzales died at Riverton Memorial Hospital on Thursday, Aug. 26, 2010, as the result of a two-vehicle accident. She was 46. Cremation has take place. Laura Dale Huston was born in Tulsa, Okla., on Feb. 4, 1984, the daughter of Lloyd Wayne Huston and Estelle Alma (Horton) Huston. She was graduated from Wheatland High School and attended Eastern Wyoming College in Torrington. She had lived in Wheatland, Torrington, Lander, Hudson, and Glenrock. She worked in the hotel industry as a housekeeper, most recently by Best Western in Lander. She had also worked at Wal-Mart. Her family said Ms. Gonzales enjoyed fishing, painting, and reading. Survivors include her former husbands Dale Lang and Jose Gonzales; daughters, Brandy Williams, Michelle Wagner and her husband Aaron, and Mallisa Lang; two grandchildren; her mother, Alma L. Lang; step-father, Walter Slane; a brother, Jack Huston; two-step-sisters, Candi Caskey and husband Jerry of Lander; and Hanna L. Rodgers of Nebraska; two nephews, numerous aunts, uncles, and cousins. She was preceded in death by her father, Lloyd Huston; brothers, Jefferson and Danial Huston, and her paternal and maternal grandparents. Memorials may be made to the family in care of the Davis Funeral Home, 2203 West Main, Riverton, WY 82501. On-line obituaries are available and condolences for the family may be made at: theDavisFuneralHome.com Local arrangements are under the direction of the Davis Funeral Home of Riverton.