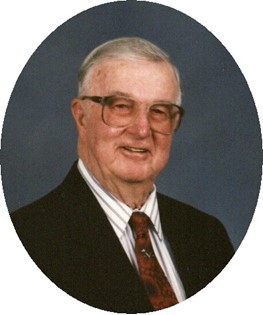 Funeral services are at 2 p.m. on Friday, Sept. 3, at the Davis Funeral Home of Riverton. The Rev. Vernon Boelke officiates with burial to follow at Mountain View Cemetery in Riverton.

He came to Fremont County in 1929, homesteading in Missouri Valley. In 1947, he took over his father's homestead in Riverton Valley. Mr. Smith retired in 1976 and moved into Riverton.

Mr. Smith was a member of the Trinity Lutheran Church.

He was a farmer and also owned and operated the Koffee Kup Cafe in Riverton with his daughter, Tess Piercy, from 1971 to 1983.

In addition to farming, his family said Mr. Smith enjoyed traveling, including cruises and in the couple's motor home.

He was preceded in death by his first wife, Ruth in 1973, and his second wife, Mabel in 2007; two brothers, Curtis and Raymond Smith, and one granddaughter, Ruth Nelson.

Memorials may be made to the Trinity Lutheran School of Riverton, in care of the Davis Funeral Home, 2203 West Main, Riverton, WY 82501.