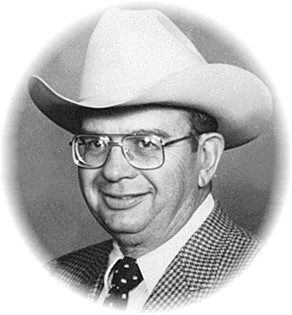 Guestbook 1
Fred W. Phifer died in Fort Washakie on Wednesday, Sept. 15, 2010 from complications of a long-term illness. He was 81.

A graveside service will be held at 11 a.m. on Saturday Oct. 16, in Wheatland with a reception to follow at the Wheatland Country Club.

Fred W. Phifer was born on April 28, 1929 in Wheatland, the eldest son of Wood and Margarite (Boles) Phifer. After the death of his parents and paternal grandparents (Dr. Fred Phifer and Margaret) in an automobile accident in 1935, Fred and younger brother Zack were then raised by their uncle John Phifer alongside their cousin Tom.

He was graduated from Wentworth Military Academy in Lexington, Mo., in 1947 where he learned to fly along with other cadets. He received his law degree from the University of Wyoming Law School in 1952.

He married Mary Louise Shopbell (1929-1970) in 1950 in Iowa. They had four sons, Wood, Brook, Sky, and Star. After Mrs. Phifer's death in a car accident, Mr. Phifer went on to marry three more times -- Virginia Boyd, Terri Thompson, and Susan Denker. He got Bo, a terrier, in the last divorce who then became his constant companion.

His family said Mr. Phifer loved to fly and to drive his cars, was an avid reader, loved operas and musicals, enjoyed golfing, good food, and movies.

He practiced law for over half a century, primarily in Wheatland, but also in Colorado for a brief stint during his fourth marriage. He served as County Attorney for Platte County from 1974 to 1978. The he family said the highlight of his career was successfully arguing a case for the Toltec Watershed Improvement District in front of the United States Supreme Court in 1973.

He was preceded in death by his first wife, Mary; grandson, Matt, and brother, Zack.

Memorials may be made through the Platte County Library Foundation, 904 9th Street, Wheatland, WY 82201, or with the Alzheimer's Association at alz.org.