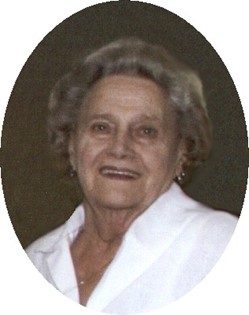 Guestbook 5
Regina Hagstrom of Riverton died at the Wyoming Medical Center in Casper early Sunday morning, Oct. 17, 2010. She was 74.

Funeral Mass is at 10 a.m. on Friday, Oct. 22, at St. Margaret's Catholic Church in Riverton with the Rev. Father Andrew Duncan officiating. Interment will follow at Mountain View Cemetery in Riverton.

Regina Grabowski was born in Bayside, N.Y., on Jan. 23, 1936, the daughter of Edward and Stella (Soyack) Grabowski.

She moved to Fremont County from Bayside, N.Y., in 1953, settling first in Arapahoe at the age of 18. Then later lived in Shoshoni, Dubois, and returned to Riverton.

Mrs. Hagstrom was a homemaker and worked as a cook for the Arapahoe School for several years.

She married Frank Miller on October 12th, 1953. They were later divorced.

Mrs. Hagstrom was a member of the Catholic faith and St. Margaret's Catholic Church where she attended Adult Bible Class.

She was a past volunteer for Abba House and belonged to the VFW Auxiliary.

Memorials may be made to St. Margaret's Catholic Church, in care of the Davis Funeral Home, 2203 West Main Street, Riverton, WY 82501.