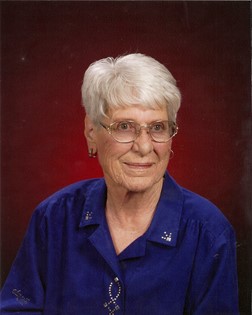 Cremation has taken place. Inurnment will take place at Mountain View Cemetery at 10 a.m. on Friday, Oct. 29, followed by a memorial service at 11 a.m. at the Davis Funeral Home of Riverton. The Rev. Ed Murray will officiate.

Mary Belle Gardner was born in Riverton on March 23, 1924, to Mary and Jess Gardner. Her family lived on Riverview and later at Arapahoe and Morton, before returning to Riverton where her father built Riverton's first livestock auction. She was graduated from Riverton High School in 1940 and attended the University of Wyoming.

She and Richard "Dick" Donelson were married in 1942. They lived in Texas, Georgia, and Florida while Mr. Donelson was in the Army Air Corps. In 1945, Mrs. Donelson moved back to Riverton.

Following the end of WWII, Mr. and Mrs. Donelson farmed in the Buckhorn Flats community for many years. They retired in 1988 and moved into Riverton.

Mr. and Mrs. Donelson were actively involved in conservation work on both a local and regional level and traveled extensively to National Association of Conservation Districts meetings.

Mrs. Donelson was active as a 4-H leader for many years and volunteered at 4-H camps and Fremont County and Wyoming State Fairs. In 1969, she was chosen as the Riverton Chamber of Commerce Agriculture Woman of the Year.

In their retirement, Mr. and Mrs. Donelson traveled extensively throughout the continental U.S., and to Hawaii and China.

Their family said they enjoyed boating, camping, horseback riding and spending time with family. In addition, Mrs. Donelson was described as an accomplished seamstress and enjoyed gardening and reading. In her later year, she became computer literate and worked extensively with genealogy.

Memorials may be made to the Help for Health Hospice Home in Riverton, in care of the Davis Funeral Home, 2203 West Main, Riverton, WY 82501.